Posted on July 9, 2014 by wetranslateyou

What can one see during a day in Moscow? Is it possible to get to know the city in such a short time? Actually, one day is not enough to even see the whole collection of the famous Tretyakov Gallery. Hundreds of other museums, theatres, historical places, beautiful parks and squares are worth seeing too. But our time is precious.

The best known sights of Moscow – the Red Square, Alexander’s Gardens, the Street of Arbat, the Bolshoi Theatre – are luckily quite close to each other, and can be seen in the course of a walking tour.

Let’s have a look at the map. I suggest we start our walk at the Street of Arbat.

It has no traffic now, but it used to. I mean the Old Arbat.

The New Arbat is modern, huge and humming with all kinds of city noises. But the Old Arbat is a sweet corner of the capital.

It’s been the street of artists and arts of all kinds.

Bars, restaurants, souvenir shops and stalls find themselves on the both sides of it.

The biggest souvenir here is the Princess Turandotte from Carlo Gozzi’s tale.

She sits on her throne next to Vakhtangov Theatre, that she has a special meaning to.

From the Arbat we can walk to Alexander’s Gardens.

Actually, we can go by metro, but the walk is not too long really. The Gardens are a great place to rest.

Both, Muscovites and tourists sit on the benches here or stroll along flower-beds. 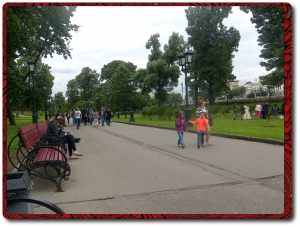 The Gardens have some historical sights too.

Resuming our walk, we’ll soon find ourselves at the Red Square. The heart of Moscow is always alive. We pass the State’s History Museum and enter the square. 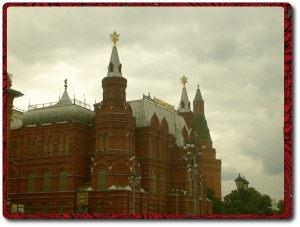 The Kremlin and the Mausoleum are on the right.

The GUM store is on the left side. Straight ahead is the marvellous St. Basil’s Cathedral.

Now our way goes to the Bolshoi Theatre.

The world-famous quadriga on top is seen from afar.

To the right from the Bolshoi’s facade is the stronghold of academic dramatic art, the State’s Maly Theatre.

Even if you aren’t tired of walking yet (which is unlikely), you shouldn’t miss a chance to see the Moscow metro. Some stations are sights by themselves, especially, older ones, that look like underground palaces. Let’s get to the Sparrow Hills then. It’s the highest point above the city anyway. The station of Sparrow Hills is unusual, being one of very few built on the surface. 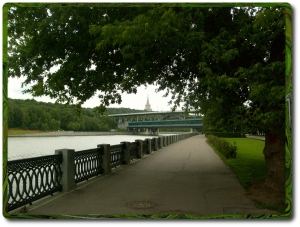 To reach the highest point you’d have to walk uphill to the State’s University of Moscow.

It’s quite an exercise, but the opening view is worth it.

The whole area of the Sparrow Hills has been much used for jogging, biking and roller-skating. Walking around is nice. Still, you can treat yourself to a greater pleasure. Hydrofoil boats cruise about this part of the Moskva-river all summer long. 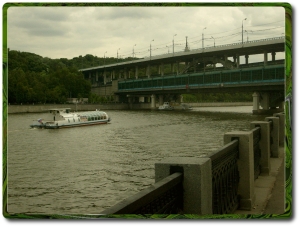 Snacks and drinks are served there too.

Ending your day in Moscow with a river trip is a good idea. Enjoy yourself! If you need a guide to show you around, to tell you more about the city’s history and present day, please, contact me!.. 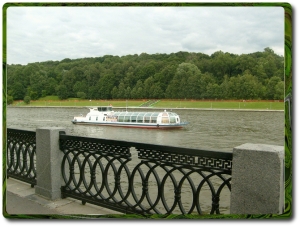 More stuff on the photos and design pages

Posted on November 28, 2012 by wetranslateyou

Holidays are soon, so we are starting to tune ourselves to the Christmas/New Year wave. Please, check my photos and design pages to see, what’s new, and to maybe choose a holiday card to send someone… 🙂

Posted on October 6, 2012 by wetranslateyou

Hello! From now on I also offer my services as a private guide. I don’t expect it to be an easy thing, but one has to start somewhere. So, I’ve decided to start with a post on those attractions, the provinces have for tourists.

The Charm Of Provinces

Cities rule the world. Cities are magnets. They accumulate all kinds of resourses – innovative technologies, best specialists, biggest companies & biggest money, newest modern conveniences. As well as scientific research institutions, treasures of culture and art, even the best hotels, restaurants and all kinds of entertainment… Gosh, it looks like cities have absorbed everything! What’s left to the provinces then? I mean, besides agriculture and the so called “healthy life in fresh air”?..

What’s, actually, our idea of “provinces”? – Small-scale, simple, traditional, modest or even cheap. In a word, PLAIN (some would say, BORING). Is that so, though?..

Well, I’d say, the provinces are no less magnetic, than cities. Just, their magnetism is of a different nature. It does not blind and deafen you with crazy lights and noises. It does not concave your mind with the inescapable rhythm of the daily cycle. Instead, it convexes it, so to speak, – makes you reach out to all those inconspicuous things, facts and places, you’d never learn of otherwise. It awakens your curiosity! It makes you less of a robot, and more of a human being. 🙂

Personally I love the charm of the provinces. Neat little towns, where everyone is a neighbour. Quiet cordiality and openness of local people, their unpretentious ways. Just ask them, and they will tell you the life-story of their place, show you to its sweet old corners and beautiful historical relics. Provincial monasteries and churches are real pearls sometimes, being not just interesting to see and visit, but also the source of many local legends, that live for centuries, turning into fairy tales. Mysterious ruins, with shades of the past hiding in each crack. Nobility’s castles and estates, abandoned and in decay or still inhabited and in perfect order… 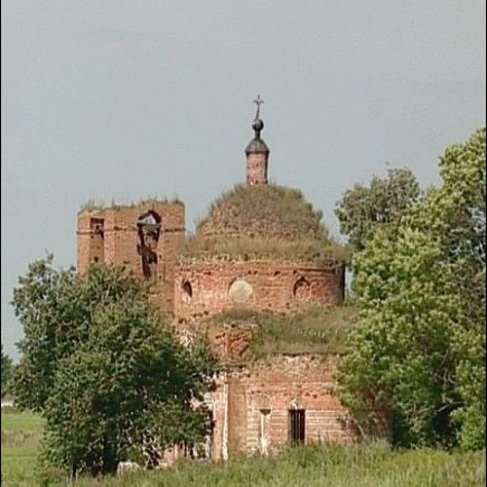 In Russia even a city with half a million of population may be considered provincial. My native city of Bryansk is about 1 000 years old, and has around 450 000 of people. But together with its region that makes over 1 200 000. Of course, you can still find really provincial corners in Bryansk – old wooden houses with gardens at the outskirts, or a few streets even in the central part of it, quite country-side in style. But for true, authentic provincial spirit you should definitely go deeper into the region.

Bryanskovites are really proud of their rich and glorious history, as well as their heroic ancestors, who fought in every war on the Russian land. One of them is the legendary warrior Peresvet, who killed Chelubey, his Tatar rival, in their single combat, that opened the Battle of Kulikovo (1380). That victory eventually led to the elimination of the Tatar-Mongol yoke.

Peter the Great left a significant imprint in this land’s history. One of the famous Decembrists, Sergei Trubetskoy’s family name is derived from the name of Trubchevsk, where his ancestors ruled. Their burial vault is still there.

Within a few minutes’ drive from Pochep finds itself a settlement, called Krasny Rog. Count Alexey Tolstoy, a writer and a poet, second cousin of the Russian literature giant Leo Tolstoy, owned an estate nearby. The “castle” is actually a contemporary copy of his house. But the Assumption church, built in 1777, has survived until now, in spite of being a wooden structure. The tomb (the immured vault) of the count and his wife is right there.

One more great name of the Russian poetry, related to the province of Bryansk, is Fyodor Tyutchev. He was also a linguist, a diplomat, a statesman, and quite an outstanding person. Tyutchev was born and spent a part of his life in his family estate Ovstug, that is not far from Bryansk. The museum there is also a contemporary building, but the park around it, with the pond and the restored church composes a great view.

Close by is Vshchizh – an ancient Russian city, destroyed by Mongols in the XIIIth century, that now is a small village. No wonder, that many Tyutchev’s poems were inspired by the beauty of this place. It’s a wonderful corner, a piece of nature, frequented by local painters in every season. And my former colleague on her day-out with friends found an XIth century key there! Scholars from History Faculty of the State’s University of Bryansk determined her finding’s age.

Where else would you just step on history, lying on the ground, but in the provinces?..

Hello! More e-cards on my special sub-page now. Floral or botanical cards are free for you as always.

Hello! Please, visit my pictures page to see new city view e-cards on its E-cards sub-page. Hope, you like some. 🙂

Posted on June 3, 2012 by wetranslateyou

I’ve added some new e-cards. They are made in the shape of credit or pay cards. Hope, you like them!.. 🙂

I’ve just added a new story of mine. It’s in Russian, as always. Hope, you enjoy it… If so, please, leave your comments… 🙂

Posted on February 3, 2012 by wetranslateyou

Hello! More stuff on my design page now. Check it, and tell me, what you think, please.

Posted on January 15, 2012 by wetranslateyou

Hello! And Happy Old New Year!!! 🙂 However controversial it may sound…

I have added a sub-page to my Photos/Images. https://wetranslateyou.wordpress.com/photospictures/e-cards/

Not much to see there yet, but there’ll be more soon.

Posted on January 9, 2012 by wetranslateyou

I’ve added a new story to the stories menu. It’s a true one. Hope, you like it…